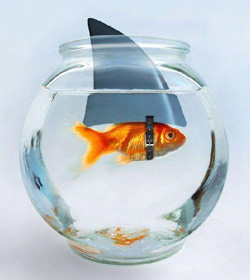 Have you noticed it?

I’ve been into countless financial service organisations and a recurring theme I’ve observed in practically all of them is that where staff come together (canteen, seminar, Christmas parties, etc.) and even generally around the office there is a tendency for the upper levels of management to congregate into their respective management grade cliques.

I’ll give you an example.  Each year the CEO of a major UK bank used to throw a Christmas party for H.O. operational staff and along with the Company Secretary and a cadre of General Managers would host the event.  The year I attended it was noticeable that the CEO and Company Secretary mingled and made it their business to engage with as many of the attendees as they could.  The G.M. group, for the entire evening, were huddled into a group by themselves.

It is my contention that if you isolate yourself into groups of similarly graded individuals then you are restricting yourself to mixing with relatively like minded people which hampers your ability “to think differently, unconventionally, or from a new perspective”.

Mix and converse with individuals at all levels within (and outside) your organisation and you will definately be subjected to different perspectives.  Some no doubt will make you wish you hadn’t bothered but you’ll also get some gems.  And it’s the same in reverse, I’ve listened to some real gems from General Managers but I’ve have also listened to some of the most facile comments I’ve ever experienced as well.