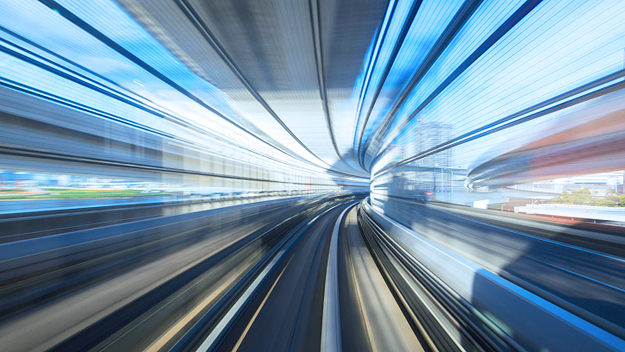 DAY 1  kicked off yesterday in the grand surroundings of Harvard University, USA. Our PayX analysts are there alongside some of the most meaningful minds, emerging disruptors and entrepreneurial visionaries in the worlds of payments and commerce.

Here are some of their highlights and observations from Day 1.

• With the proliferation of IoT devices such as cars, home appliances etc., in order to succeed, they profess an ‘orchestra’ model where partners all align and play their part at the correct time whereas I personally think the Jazz Quartet collaboration model could be more successful due to the diversity of players
• It’s all about Smartdevices but, each time we accept the terms and conditions of services we’re giving our rights away. An example being a well known social media site that urges use of an additional messaging app has 87 pages of terms and conditions and actually signs you up to allowing access to your camera and microphone whenever they like
• Consumers are being driven away by the ‘creepiness’ factor whereby organisations are siphoning off data and using these with partners to provide value adds unbeknown to the consumer who receive these

• Their new credo is to be ‘more than a payment button’ for their 14 million merchants believe they can do a much better job of serving merchants
• They want to be an unbranded platform supporting the Merchant’s own Application and offer rewards modules and provide the plumbing to cater for all payments types including those of their own opposition such as Apple Pay, Android Pay et al
• They seemed to have taken a turn with their philosophy and decided It’s all about consumer choice now and not merchant driven. It’s a new PayPal which is more friendly to merchants and want to partner rather than supply
• They’re not precious about the data they process and would be happy to pass this to the merchant/issuer/processor although they also believe they have some significant data in the credit risk space
• Dan is spending significant time meeting with CEO’s across the globe to truly understand their needs rather than selling in to them. They are also highly focused on partnerships with a number of players in the ecosystem such as Vodafone and tech companies
• Dipping the card has become a pain and EMV is not getting a good image based on customer experiences versus the old way of ‘swipe and walk’. Because of this, a lot of large retailers are moving to NFC or QR or Barcode or Beacon. The solution then is to possibly support them all
• Larger merchants tend to want their own app but not the headache of managing all the different payment types – PayPal proposition is to provide the underlying platform and take the pain of this away from the merchant app

• The panel were asked for their opinion as to when we would see a significant reduction, 50%, or more and then panel were divided in some saying within the next 10-15 years and others saying it will take 100 years. Just changing the way people pay is not enough to dislodge these
• The industry is pushing the use of mobile not just for the payment but also for the additional value adds such as apps to order in advance order at restaurants etc. with the shift driven more from the consumer rather than the merchants
• Software providers such as Intuit are now embedding the payments capabilities directly in to their software – Email invoices right from QuickBooks with a Pay Now link, letting customers pay you instantly online or from their mobile device
• Mobile wallets have come out every year for the last ten years. Is there a future? Real benefit is online – examples being Amazon & Uber. We’ll end up with multiple wallets in the future but some will dominate – pretty much the same case as with cards today
• Moving to ACH is cheaper but less functionality for the consumer in terms of loyalty, chargebacks etc. so both will have a role to play in the future and ACH will certainly not replace Cards in the near future
• Omni channel? It looks like we will still end up having an extraction layer across a number of providers since satisfying for Omni channel is far more complex than people give it credit for and to exacerbate this, Merchant needs are becoming far more complex and we will need to look to work with partners to provide solutions across the scope
• The ones winning are the ones with the payment as part of the product such as Uber and Amazon, not those that have a product and then a hand off to a separate payments process. For the customers, the Merchant onboarding experience often becomes the deciding factor
• EMV caused massive disruption over the past 2 years but the US is now taking security seriously. What advantage brought by EMV was that it enabled NFC usage at the devices
• Interesting, at Starbucks, Apple Pay has a far better customer experience but used less (0.1%) than Starbuck’s own barcode tech (20%) based on customer loyalty rather than customer experience. In the end it’s about value offered

• The amount of unique information we create this year will be more than the last 500,000 years put together and we have not even touched the opportunity of utilising this data
• He is the Former head of NSA and the threats in cyberspace are greater than it’s ever been. In terms of terrorists, their capabilities have now doubled within the digital world and they are looking to new opportunities to use cyberspace to conduct attacks which we may see actively in the next couple of years
• Cyber attacks on certain key services such as electricity supply would have significant snowball downstream impacts to all additional services such as financial processing, payments etc.
• With introduction of EMV, the fraudsters are moving their attention now to the CNP world and online/digital transactions
• The key to managing security and fraud is around both the consumer and merchant and whether they are both honest in their intents around the transaction. Because of these risks, impacts to sales and customer experience is inevitable
• Companies providing security solutions have to protect against a multitude of potential threats whereas the hackers themselves only have to be right once to get through to your data
• Multi-factor authentication technologies are becoming more prevalent but these are not only expensive but often cumbersome to use from a user experience perspective
• The key is to always assume the worst and make the device the first line of defence and utilise as much hardware secure elements as possible. An example from a recent data breach was that the attackers accessed the company network via the air conditioning unit with IoT capabilities which just happened (incorrectly) to be connected to the company network
• Touch ID has been successfully deployed across the US and adoption has been far better than anticipated. Further biometric options such as voice & face recognition could create even more enablers for security options but, focus shouldn’t be on one technique only and a range of options should be available and ‘switchable’ regularly. This observer believes that Big Data has a significant role to play in this as well as security organisations collaborating to provide a common available service to the various payments providers through a trusted exchange
• Apple vs FBI – debate. There has to be a balance and a collaboration to find a solution that satisfies both privacy and the need for security without government imposed mandates but rather government assisted solutions
• Identity is still top of the list in terms of priority for 2016 and the proliferation of ‘things’ being internet enabled is a cause for a concern and the attack of the killer fridge is jumping off the science fiction pages. The overwhelming concern though is around the potential of a significant organised attack by terrorist cells
• What happens if we’re attacked, who retaliates (if necessary), the company or the government? You can bet your bottom dollar that they would look to the government to address

Demonstration of Alexsa by Amazon

• It’s a voice user experience device known as an echo and has a farfield micro array so can listen from across the room
• Its effectively Siri meets J.A.R.V.I.S (the butler from Iron Man)
• It also links all the IoT devices together through voice control thereby automating the operations in your house for instance

• ‘Poor people pay a lot to be poor’. Without financial services people are not able to save, obtain credit or pay without cash or cheque which in themselves are costly to process and prohibitive
• Payments are the lifeblood of the economic system and the mobile ecosystem is becoming an enabler
• In South America and Africa there is an opportunity to serve the unbanked without the use of traditional payments vehicles such as cards & mobile
• 130 million Americans live paycheck to paycheck who invariably get paid in cash

We will be posting more updates as the conference progresses

To find out more about Innovation Project click here