What’s the Incentive in being a Super Achiever? 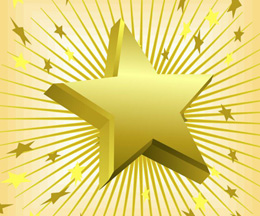 What’s the Incentive in being a Super Achiever?

Is there any real incentive?

As a general rule, though I accept there are exceptions at a corporate level and for certain sections of employees, most financial services companies will cap bonuses and use prior year performance as the measure for the following year’s performance objectives.

Now if I have a whizzo idea that I know will, let’s say, lead to a one off increase in gross profit by 50% in a year for my division but that I could also introduce, such that the performance improvement seeped into the business at a rate of 12.5% a year which course am I going to take in today’s financial services environment.

Well, on the one hand if I can take responsibility for a 50% financial performance improvement in a single year I know that I’m going to look like an absolute star, that I will probably get the maximum bonus possible and that I might get myself an elevated position in the Company with an increased salary.

I might also be thinking that I might get the first two but that the third might be replaced by a following year financial target of 100 + x% of this year’s performance (x being the company’s usual annual growth figure) which I know would be totally unachievable.  Hmmm, the incentive to be a super achiever is beginning to lose some of its lustre.

But isn’t that the nature of the world we work in.  Corporate executives don’t seem to want to acknowledge that better than expected division/departmental performance could result from exceptional one offs that cannot automatically be repeated the next year and, therefore, agree a realistic target for next year that excludes the one off benefit realised in the current year.

Yet, those same senior executives, who might have suffered a one off big hit in the financial accounts, will most certainly make the fact clear when they announce results to the financial media, making it very clear what the underlying performance is, with the hope and expectation that investors and financial media alike will make due allowance for the exceptional item and the underlying progress the Company has made.

So do I want to look like a super achiever or do I want to just look like a consistently good performer?  It’s a conundrum I’m going to try and solve just as soon as I come up with a whizzo idea that can increase financial performance to 150% of target!