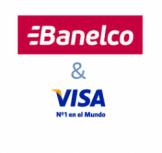 In late 2013 announcements were made that Banelco, the large Argentinian Payments Processor, and Visa Argentina had agreed after several months to create an alliance to create new business in the financial marketplace. The changes are about to become reality with the two organisations working very closely in the future.

In the Payments Industry generally around the world the logical and obvious has unfortunately rarely been implemented. Two payments organisations sharing very similar shareholders, as Banelco and Visa Argentina here, were almost never merged together. This was true even though the prospects of a merger spelt out benefits of more mass, stronger momentum, lower costs, a simpler payments ecosystem for consumers, and more available funds for innovation etc were understood by many. Even consolidation/merger studies were often undertaken outputting obvious compelling results,  but yet implementation of these mergers were all too elusive. Many have cited politics, bureaucracy and just no hunger as the reasons these obvious efficiencies do not materialise. Now times have changed it seems; numerous sales, joint ventures and strong alliances have recently occurred. Examples including First Data & Global Payments acquisition and joint ventures globally, RBS selling Worldpay, Scandinavian banks selling the regional infrastructure player Nets etc. In all cases the end results have been leaner & more commercially oriented organisations that are better positioned for the future.

It is therefore very refreshing to see yet another major step forward come to reality, especially in Latin America. Argentina has had its major payments players embedded and established for many years and so this solid action plan is good news for the market and the country. The synergies, market shares and efficiencies these two organisations have together are very powerful. The timing is very wise given globally we are in a time when payments everywhere is disrupting, fragmenting and chaotically changing. Competitive threats are rising and so two incumbents joining forces gives the Consumers of Argentina and the payments individuals in it a stronger end proposition.

We increasingly see that fundamental business value creation and decision making is once again prevailing in the payments industry, good as it seems it has been needed for a while. Congratulations to everyone in Argentina that made this alliance happen, a good move for a stronger future!