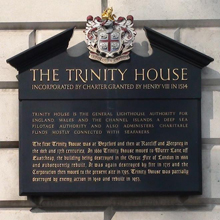 Last year I was lucky enough to attend the 2012 EBUG TFG in London. In previous years, the EBUG TFG has been sponsored by ACI and held on their premises, but this year things were a bit different.  This year’s event was held at Trinity House, a beautiful and historic building near Tower Bridge. Not only much more interesting than a conference room in Watford, but significant in another way; as this years conference was on neutral ground, there was no attempt (as we have seen in previous years) to veto some individuals attendance at the conference.

Also, as ACI no longer sponsor the event, the EBUG committee invited sponsors from a number of software vendors, so all in all a much more independent feel to this event than previously – no bad thing in my view.

I’m happy to report that the turnout was very good, with some 80 delegates (including some Postillion users) in addition to the speakers and sponsors, so good news for EBUG. Some of the highlights of this year’s event, for me, were:

During the course of the conference there was a lot of talk (as you may expect) about the future of ACI’s Payment strategy with a plethora of applications to pick from, the increased use of Service Based Architecture and thereby the possibility of “picking and choosing” different services to meet a customers payments requirements, the continued prevalence of the NonStop architecture in our community (because it still does “what it says on the tin”), plus reassurances that the ACI/IBM alliance has also been a success and will continue in some form.

But it seems to me…

… that although our community has seen a fairly healthy take-up of Base24-eps, there still appears to be a majority of users still licensed for Base24 classic that have not yet begun migration (to Base24-eps) Projects. I would suppose that the reasons for this are somewhat varied and complicated depending on each customer’s individual circumstances… or maybe they fall into one of these categories?

Whatever the reason, a forum such as the EBUG is a great place to discuss these topics and happily, the success of this conference has meant that the committee have been able to confirm that there WILL BE AN EVENT next year, but will it be called the EBUG TFG?

There was some talk that the “EMEA Base24 Users Group” ie EBUG,  is perhaps not the most appropriate name for the group that now contains users of all ACI products including Postillion. Certainly the committee want to encourage more membership from Postillion users, but as sponsorship from ACI now appears to be at an end is it time to invite other Payments Solution providers to speak and go completely independent?

It will be very interesting to see where the new EBUG chairman Dave Smith and the rest of the committeee take the group.

For now though, a big thanks to EBUG for organising a great event and I look forward to seeing some new faces (as well as the “old”  ones) at next years EBUG TFG…. Or whatever it’ll be called….