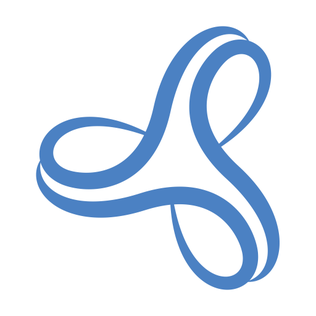 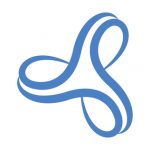 On 19 Feb 2016 the biggest UK-based Fintech hopeful called in the administrators. Powa Technologies, claimed to be worth $2.7bn by its veteran e-commerce founder Dan Wagner, had raised $175m since he founded it in 2007, but failed to convince their investors to continue backing the venture.

The value proposition sounds compelling, the CEO a proven eCommerce entrepreneur, Wellington Management a very experienced independent investment management company, and the British Prime Minister hailed it as an example of what Britain needs. Despite all this the business is now in administration with debts of £11.5m and £175,000 in the bank, why?

Financial failure often happens for multiple reasons but let’s look at some possible causes in this case.

Market sector – Let’s face it, Powa was pioneering in a high risk FinTech sector. It appeared focused on MPOS and then moved to the PowaTag, neither of which have reached the promised mass take-up in the market. There will certainly be more losers than winners in FinTech and there are certainly associated high costs with trying as Square and Google have found. Powa had a leader with vision but appears not to have had the patience, leadership skills, longevity of cashflow and/or market demand match to get there at the right pace.

Distribution – the cost of mass distribution and penetration to the retail community which Powa products were aimed at, demands huge effort and resource to achieve critical mass (as the international Payment Networks, Issuers & Acquirers can all testify). That, plus taking on the world in one leap, is a huge ask which demands major funding for some years. Without the profitable revenues or large long-term investor funding then the risks are compounded, this was probably the fatal blow which toppled Powa.

Management – employee feedback is polarised with very little in the middle which suggests it’s an environment you either love or hate and probably one which does not nurture a positive work environment for the majority. One common comment referred to the “very nice offices” in many cities… this gives us one clue to the high roller approach to impress and the high costs of such an approach. Of course to get large scale mass adoption in retail the marketing and image is crucial, but so is the cost management.

Proposition – Firstly, Powa placed its bets on QR codes as the basis for their PayTag buy anywhere, anytime product. It has almost universal application – print, shops, banners – but the jury is out on the usability of QR codes from a consumer perspective. Secondly, their Square-clone mPOS terminal has not had the level of take-up initially hoped. Other companies such as Square and iZettle have already extended to find other more lucrative revenue streams, such as merchant financing. The decisions to take on the whole management team from one of the world’s largest point-of-sale terminal suppliers (Verifone) to solve the mPOS problem was an expensive decision and questionable to find their future answers.

Funding: The money ran out before the revenue caught up. For reasons stated above this is a long-haul business with a possible spectacular return if successful. It appears that Powa over-extended itself, some within their control (expensive offices etc) and some outside such as distribution costs.

Interestingly it is reported that the CEO and majority shareholder Dan Wagner had a love-hate relationship with the investment community, particularly in the home base of London. Echoes of Henry Ford and his distaste for the investment community come to mind. The difference was that Henry Ford had a car to sell and a ready demand to consume whereas Dan Wagner had the makings of a great idea but without a market crying out for demand.

FinTech continues to flourish, but VCs are already pulling back financing. A repeat of Dot Com around the corner perhaps?