Multilateral or Bilateral Interchange Fees? – The Good? The Bad? The Ugly? 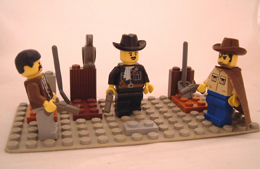 Multilateral or Bilateral Interchange Fees? – The Good? The Bad? The Ugly?

The regulatory position on interchange fees in Europe over the last 5/10 years has shifted significantly.  Whereas in the 1990’s and as late as 2002 the competition authorities gave the international card schemes clearance when they filed their interchange fee arrangements (albeit the latter one with conditions) now the regulators seem to be very much of the opinion that the Multilateral Interchange fees (MIF) rate setting arrangements of the card schemes are anti-competitive.

So are bilateral ICF rate agreements the answer?  I am told that the Swedish regulators ‘like’ the bilateral ICF rate process that is mandatory under Swedish local country MasterCard rules.  The now defunct Switch Card proprietary debit card scheme in the UK was characterised by all members having to agree bilateral rates between each other.  I understand that some of the Eastern European countries are more and more favouring the bilateral rate setting route.

So let’s dig a little into the pros and cons of MIFs and Bilaterals and then, for bilaterals, consider the principal negotiation strategies scheme member pairs employ.

If I take MIFs first the major plus point is that it creates a level playing field for all players operating in the card issuance and acceptance space and, believe me, that is an important consideration.  MIFs are supported by detailed cost studies either directly conducted for the product rates to be set or are relevant in proxy terms, with appropriate cost/risk adjustments, where different product rates are implemented.  Cost studies calculate the weighted average costs included, exclude outliers with unexplainably high costs and, therefore, provide a robust and fair basepoint (in my view) on which to construct MIFs.  The component parts of interchange fee rates is a subjective and emotive subject but again, in my view, the components elements are appropriate and reasonable.

The only downside I see on MIFs is the expense of, and time consumption of members participating in, the cost studies.

In terms of bilaterals, pros, cons and negotiation strategy;

In my experience the single component of the negotiation strategy centres around the size and scale of the parties involved with the larger, higher volume, party expecting to receive a better rate for the proportionately ‘higher value’ they bring.  Is this meritorious or disingenuous?

Individuals will draw their own conclusions but it could be argued that a high volume player will benefit from economies of scale with a contrary position applying to the smaller player and perhaps, therefore, that negotiating on the basis of size and scale is flawed.

An alternative method of determining a fair set of rates might be to consider the relative cost positions of the two parties involved in the negotiation relative to local cost study outputs, where these are available.  If they are not available, and this is increasingly the case as the card schemes keep their member banks disconnected from the interchange fee rate setting process, it does make this strategic approach more difficult ……… but not impossible, and it could be a fairer method of cost apportionment.

So, on balance, I personally lean more towards MIFs as being the better, more efficient approach to interchange fee arrangements.  I think some of the arguments in favour of bilateral rate agreements are specious;  Bilaterals can conceivably operate as a protectionist tool for scheme members.