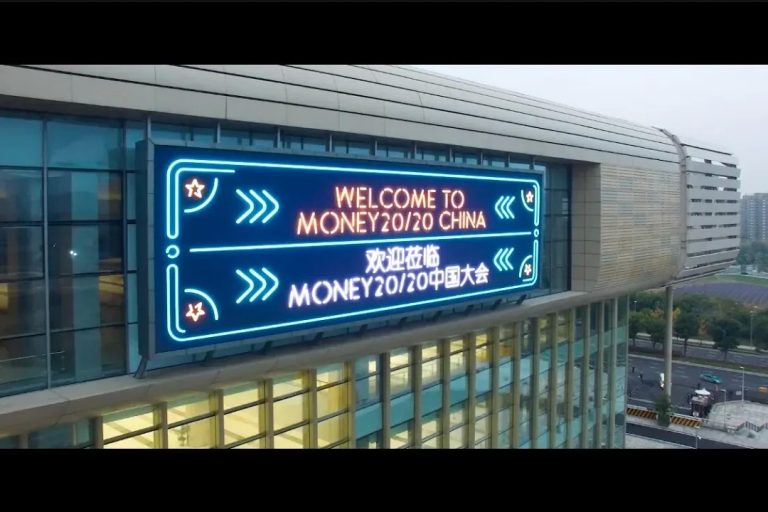 My journey in payments began nearly 20 years ago when I joined Citibank’s credit card business, continued through multiple startups (including an acquisition by Google, where I worked on the Wallet team), and most recently, Money20/20, which I helped grow from startup to world-leading event and Guppy, a blockchain-based credit bureau startup that I am building.  Because of my experiences, I thought I had seen most everything in the industry.  That was until last year, when I made three trips, spending three weeks in five different cities in China.  My multiple roles enabled me to experience it both as a fintech startup as well as a global leader entering the Chinese market.  This also made me realize how much more I had to see and learn.

China has been one of the most dynamic and exciting markets in the world for several years.  With the world’s largest population, a rapidly growing economy, and world class technological innovation, there are many things to potentially focus on when looking at China.  My trips to China last year were overwhelming, even though I had visited the country before.  The energy, focus, and potential of the market is impossible to synthesize without context, which is why this year for Money20/20 China, we’ve identified three stories for international audiences looking at the Chinese market.

1: The New Wave of Rising Stars in China

For international audiences, China has been a very tough puzzle.  China’s historically centralized systems were very different than their western counterparts.  A bank in China was very different from the banks in the West that I worked with.  Consumer bank account penetration is very low, meaning that financial services are addressed either through informal means or by other companies such as retailers or postal services.  The past decade or so has seen the meteoric growth of several companies that have become the dominant internet giants.  These companies, Baidu, Alibaba, Tencent and JD, formed the first ecommerce wave, expanding further to a range of financial and non-financial services to enhance their respective ecosystems.  I had the opportunity to meet these companies last year, including visiting some of the headquarters, and was astounded by the scale and scope of what they were doing.

But there is a new wave on the horizon, focused on ecommerce for services which have gargantuan user bases: Meituan-Dianping exceeded 400 million users in 2018, while Didi already has 450 million. These AI-native rising stars found a way to match supply and demand for services as a broker. There is another group in the new wave focused on lifestyle and content targeting China’s Gen Z, who are expected to have the strongest purchasing power and a massive impact on Chinese consumption patterns. ByteDance (the makers of TikTok) and Little Red Book (Xiaohongshu), are two such examples. These rising stars are also looking to internationalize much earlier than Tencent and Alibaba did.  Unlike the prior wave, international firms have an opportunity to engage and leverage their growth at an earlier stage.

Having seen what the first ecommerce wave did, the chance to learn from and even work with these next wave companies at an earlier stage is a truly unique opportunity.  As an example, the UX of Little Red Book has engaged the next generation enough that Kim Kardashian realized she needed to be part of it.  I also had the opportunity to meet with Didi at their headquarters and was blown away by their vision and capabilities both within China as well as internationally.  Exposure to these companies has opened my eyes about product design ideas, partnership opportunities, as well as business strategy.

When the first wave began, China’s economy was in a more formative stage.  Market knowledge and access was limited as energy and focus was local and within borders.  Now with a myriad of globally-leading firms across industries, China has increased the focus on global markets, leading to increasingly open financial markets.  This activity is facilitating cross-border cooperation between VCs and tech firms as well as opening opportunities for international competitors to access Chinese markets. The new payment regulation granted Amex a license through a joint venture with LianLian, making Amex the first foreign company approved to establish its RMB clearing network.

My time in China last year reinforced these opportunities for me at a personal level.  For example, when talking about blockchain to potential investors and partners, I was surprised at how quickly they understood the potential of what Guppy was building.  In general, it felt like everything moved at significantly faster pace.  I also visited one of the leading AI technology companies and was amazed by how they are actually using the technology.  In one instance, a municipality was using AI technology to create a virtual regulator!  The desire and resources were there to try something dramatically different.

The internet and mobile technology revolutions have largely been created and driven by Western firms.  Currently, progress in technologies such as AI and blockchain are happening in both the East and West.  Other technologies on the horizon, such as 5G and quantum computing could see China taking an even greater leadership role.  Disruptive technologies like AI, blockchain, cloud, quantum and 5G, naturally interact and are mutually reinforcing. As the financial services industry adopts disruptive technologies, data is moving from a by-product of business operations to a strategic resource.  The convergence and combination of these technologies will result in solutions with global implications.  I experienced the desire to experiment and learn first-hand in China last year, so am eagerly following what new solutions will be created.

China can be overwhelming, so it’s important to go in with a framework and agenda about what you’d like to gain from the experience.  I hope the three China stories will result in greater productivity and results.  The opportunity is there, and I wish you the best of luck.