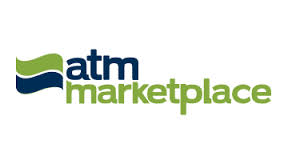 The papers this week have been full of stories about baseball trades, as teams review their prospects for the post-season. Traditional powerhouses are looking over their shoulders at perennial challengers while teams that have never tasted the “big leagues” look on longingly.

It was against this background that I finally got around to reviewing a report that came to me a few months ago.

When I saw it promoted on this Web site, I emailed the consultants who created it and was provided a copy. The company is PayX International Ltd. and they produced the Acquiring and Switching Vendor Comparison Report — about as good a summary as you’ll find of everything on the market today when it compares payments processing platforms.

I was particularly intrigued by the coverage, as at one point in time or another I have been associated with almost half of the vendors reviewed, either while I was at Tandem Computers (later HP NonStop systems) or later while employed by or under contract with these vendors directly.

After leaving Tandem Computers I joined a startup, InSession Inc., that was purchased by ACI Worldwide. And following almost a decade with ACI, I left to join GoldenGate Software — only to see them purchased by Oracle. This reinforced for me the voracious appetite market leaders have for acquisitions, and after reading the PayX report and talking with PayX CEO Adrian Hausser, there appears to be no letup on this score.

“When ACI announced a focus change in hardware vendor and application product a number of years back, the news that everyone would be expected to move product, and that HP and their NonStop systems would no longer be the center of their attention, but rather IBM and their mainframes, we were bombarded with requests from many users concerning what the likely fallout might be and about the options to change,” Hausser said.

PayX elected to address these questions with a single report rather than addressing clients one at a time. The initial report came out in October 2008 and has had several updates since it first appeared.

In December 2007, the announcement by ACI of its strategic alliance with IBM was the subject of numerous blog postings. Among the posts I wrote early in 2008 for the NonStop community blog, “Real Time View,” there were several with catchy titles, including “ACI Strategy — it’s all about choice!”, “We all have opinions!”, and my own favorite back then, “I think the mainframe’s too big!” Irrespective of what has transpired since 2007, ACI certainly unsettled a very large number of financial institutions at a time where close to half the world’s ATM traffic passed through ACI’s flagship product, BASE24.

While these events are touched on briefly in the PayX report, it wasn’t until I came upon a table summarizing ACI’s acquisition history that the full extent of their appetite for smaller companies became clear.

ACI is not slowing its acquisition pace by any means. Just this past week, it acquired ReD, which is the subject of another update from PayX, “ACI Worldwide to Acquire ReD.” Fortunately, while ACI receives considerable coverage in the report (its 2007 announcement truly was the catalyst for much customer angst), this in turn led to PayX to conduct research into what could be viewed as alternate product offerings.

“We elected to compile this report as our contribution to getting FIs everywhere past the first couple of steps,” said Hausser. “While it turns out customers didn’t flee from ACI en masse, almost everyone took the opportunity to review the relationships with vendors they were then enjoying.”

Hausser was quick to clarify the reason for this. “In the payments world, the conversations pretty much go down the same path. There’s only four large international schemes in the world with which everyone needs to connect, so conversations tend to return to traditional arguments: “How strong is the vendor globally (financially and geographically)?”; “How good is their product and how current do they stay?”; and “How engaged are their people with my company?”

Perhaps as surprising to PayX as it was to us, the survey revealed that even this far into the 21st century there’s no evidence to suggest that financial institutions are gravitating core systems to innovative companies or even to commodity off-the-shelf products.

One European vendor has dislodged one of the major vendors for one of Canada’s major banks. In another instance, the same major vendor lost out to an American-Indian vendor. In both situations, these represent breakthrough wins.

However, there’s another surprise for vendors breaking into the big leagues as financial institutions ask for new products that emulate what is already installed, preferring to defer exploitation of new features in favor of a more seamless transition. And this has a lot to do with the customer’s own commitment to support personnel.

“As we have returned to this report and provided updates, it’s clear that any desire for change is being mitigated by the human resources factor,” Hausser said. “People are retiring and the generation behind them doesn’t exhibit the same enthusiasm to engage with vendors and to try new things. When it comes to payments processing, they aren’t committed to innovate nor are they as concerned as the predecessors to add new projects. ‘Stuff works, and that’s good enough’ is too often heard these days, and the fallout from this will be felt for years to come. This too was a surprise finding from the survey.”

It might be cool for major league baseball teams to pull off blockbuster trades, reshaping the performance characteristics of their team as they head for the playoffs. And among the biggest solution vendors, this too is a part of their strategy.

However, for many FIs, this might not be on their agenda — and yet, their reputation with consumers lives with the quality of services they provide, so being complacent about the status quo might not be a good option.

To better understand the choice and the change that will likely take place, reports like this latest from PayX certainly do help.

Maybe all that’s required is a big hitter or a pitcher who can close down the competition. But either way, there are vendors out there who can help pull together a winning strategy, and everyone involved in payments needs to ensure that they are at least aware of their options. You don’t need a budget as big as the Yankees’ to make a difference!