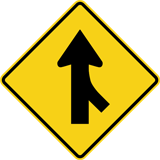 ACI Worldwide today announced that they have acquired Australia based payments software provider Distra Pty Ltd for a sum of USD $48.75 million in cash.

This is ACI’s second big acquisition in the market this year after completing a deal with S1 Corporation back in February.

Tony Scotto, executive vice president, Global Development, ACI Worldwide, said “ACI has been working toward a goal of building the broadest, most integrated solutions to serve the payments industry, which we call ACI’s Agile Payments Solution strategy. A critical element of achieving this vision is an enterprise payments services bus that can support the integration of multiple payment applications in a highly scalable and reliable manner. The Universal Payments Platform will help accelerate ACI’s ability to achieve enterprise payments.”

Kenneth Larsen, founder and chief technology officer, Distra, commented “Our team embraces ACI’s vision for the future of payments, and has been focused since 1999 on helping customers leverage their trusted payments infrastructure investments to bring new solutions to market more quickly, with reduced risk and costs. I’m proud that the Universal Payments Platform will be an immediate catalyst for innovation and transformation for ACI’s extensive customer base around the globe.”